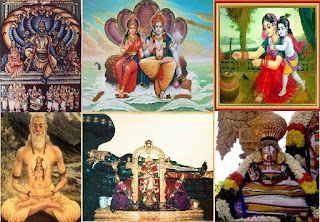 artha panchakam means “Five concepts” (to be understood essentially). piLLai lOkAchAryar have mercifully compiled a divine rahasya grantham (confidential literature) which beautifully brings out these principles named “artha panchakam”. This article is a compilation based on that wonderful grantham.

Let us see the highlights from this wonderful grantham:
piLLai lOkAchAryar concludes in his artha panchakam that:

After acquiring knowledge about these five concepts, mumukshu (one desiring for mOksham) should follow the following life-style – earning within the limits of varNASramam and vaishNava ideals, offering all such earnings to bhagavAn/bhAgavathas and consuming/accepting only as much as required to maintain the body, serving one's AchArya who enlightened the disciple with great dedication and should live to please him.

One should have craving for the goal, faith in the means/process, fear for the hurdles, detachment and disgust in one’s body, realisation in one’s self, inability in protecting oneself, respect towards bhAgavathas, gratitude and confidence towards AchArya.