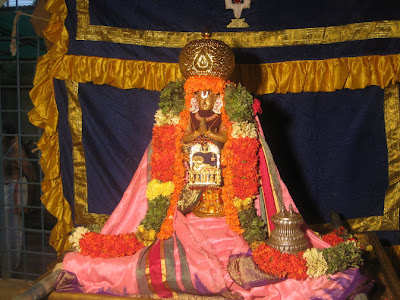 Simple translation:
People of this world please hear as I tell you, the greatness of mAsi punarpUsam is due to the fact that kulasEkara AzhwAr who is the king of the place named kolli is born on this day and because this day is celebrated by great personalities like emperumAnAr.

Here nallavargaL means sAdhus. While normally sAdhu is a term that is identified with soft natured people and innocent people, emperumAnAr in his gIthA bhAshyam explains the meaning of sAdhu in a very relishable way in slOkam 4.8 for the phrase "parithrANAya sAdhunAm" which means protecting sAdhus.

emperumAnAr identifies the following qualities for sAdhus in his bhAshyam:
kulasEkara AzhwAr is glorified like this by mAmunigaL, so that gives an idea of his greatness.

kulasEkara AzhwAr, born in a kshathriya family, developed great attachment towards emperumAn that too chakkaravarthy thirumagan.

Azhwar starts his perumAl thirumozhi with thiruvaranganAthan. In his thanian itself it is identified that when he was a king he was longing to go to thiruvarangam everyday. He had so much attachment to periya perumAL that he could not resist expressing his attachment for periya perumAL even though he had his thoughts fully on chakkaravarthy thirumagan all the time. Right in the first pAsuram he mentions "thiruvaranga peruNagaruL" (திருவரங்க பெருநகருள்). periyavAchAn piLLai explains that for AzhwAr srivaikuntam is srirangam (srivaikuntam is called "peru veedu", so he is calling srirangam peruNagar). In the second pAsuram he identifies that he wants to hold on to the pillars in front of periya perumAL otherwise he wont be able to hold the sight in his heart of emperumAn long because as soon as he sees periya perumAL he will be overcome with emotions and faint. 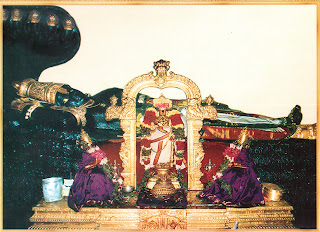 Let us enjoy the 10th pAsuram from this padhigam, where AzhwAr enjoys the congregation of adiyArs in thiruvarangam.

Simple translation:
emperumAn descends to thiruvarangam as periya perumAL to give ujjIvanam for dhEvas like brahma, etc and their residing places like sathya lOkam, etc., manushyas and their residing place (bhUmi), to clear off the sins of jIvAthmAs, to give pure joy without any mixing of sorrow, to bring happiness in the hearts of his adiyArs by giving them his anubhavam and to give his constant katAksham to vibhIshaNAzhwAn who is living in the southern side (lankA). When Oh When I will get to see the beautiful sight of all the srivaishnvas congregating in front of periya perumAL and mix with them freely.


In the vyAkyAnam, periyavAchAn piLLai identifies a couple of wonderful points.

One of the unique qualities of kulasEkara AzhwAr is that, not only he was attached to emperumAn, he was also very fond of srivaishNavas. That is why, right after glorifying thiruvaranganAthan, he immediately glorified the srivaishNavas in the second padhigam of perumAL thirumozhi.

azhagiya maNavALa perumAL nAyanAr in his AchArya hrudhayam identifies the greatness of kulasEkara AzhwAr in chUrNikai 87.

In this chUrNikai nAyanAr explains that, for a srivaishNava, it is not important where/who he is born as, but what is important is bhagavath sambandham and bhAgavatha sambandham. To establish that he takes few examples.

kulasEkara AzhwAr, in the 4th padhigam of perumAL thirumozhi, glorifies thiruvEnkatamudaiyAn and thirumalai. He also shows great desire in being born as a bird, a fish in the pond in thirumalai, a vessel that is used in emperumAn's kainkaryam, a flower, a tree, a peak, a river, the foot steps on the hill, the foot step at entrance of the inner sannidhi or anything. 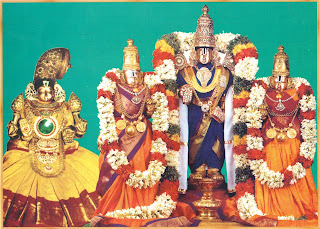 Let us enjoy the 9th and 10th pAsuram, which explain great meanings of our sampradhAyam.

Simple translation:
Oh the great one! oh thiruvEnkatamudaiyAnE! oh the one who clears me loads of sins to relieve me from samsAram! I want to become the foot step in the entrance of your sannidhi where srivaishNavas, dhEvas and dhEvashthrIs come and wait for your grace. Even being a foot step, I still want to see and enjoy your beautiful lips. 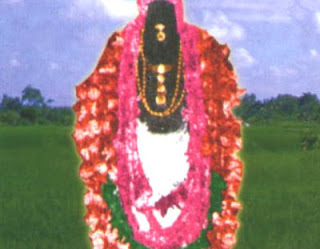 Let us enjoy  the 2nd pAsuram where he shows an important meaning.

Simple translation:
Oh viththuvakkOttammA who is surrounded by beautiful high forts, even if you dont accept me, I will be attached to your lotus feet only like a pure/chaste woman who is attached to his husband even if the husband insults her in public in front of everyone.

periyavAchAn piLLai explains in the vyAkyAnam that our relationship with emperumAn is like wife and husband. emperumAn is called as "pathim vishvasya" in shruthi, "lOka barthA" in srirAmAyaNam. When a husband insults the wife, the wife always have to think about their relationship which was accepted infront agni (whose antharyAmi is emperumAn) and accept those insults calmly. The same way since all jIvAthmAs are related to emperumAn as wives, even if emperumAn does not accept our kainkaryam, we should still think about our sambandham with emperumAn and not falter in our full dependence on him. That is the true nature of a srivaishnava as expounded by AzhwAr in this matchless padhigam.

AzhwAr takes the bhAvam of kousalyai and enjoys perumAL in this padhigam. AzhwAr's affection for sri rAman is limitless. And he enjoys that anubhavam in thirukkaNNapuram emperumAn in the 8th padhigam. 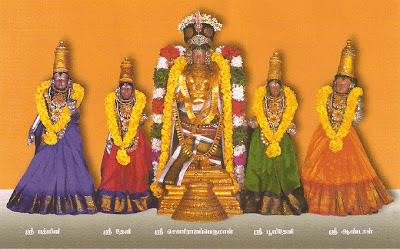 Let us enjoy the 6th pAsuram which reveals a wonderful aspect about iLayaperumAL. 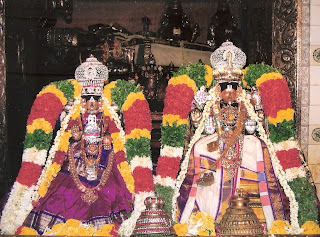 Finally periyavAchAn piLLai glorifies this prabhandham as filled with full of jewels and we have to pray to AzhwAr to truly understand and develop attachment towards emperumAn.

In the next article we will see periyAzhwAr's archAvathAra anubhavam.