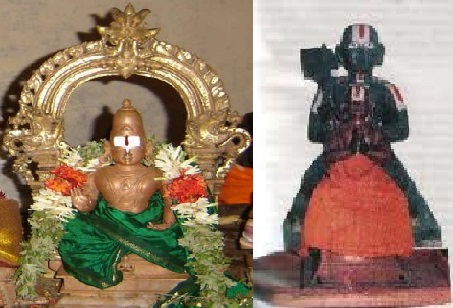 Asramam means the stage of life. In vaidhIka samprdhAyam, 4 stages of life are identified - brahamacharyam (after upanayanam and before marriage), gArhaspathyam (gruahasthAsramam - married/family life), vAnaprastham (secluded/detached life in the forest with the wife) and sannyAsam (also known as thuriyAsramam, uththamAsramam - ascetic - living alone as a full renunciate). Each Asramam has different set of rules and guidelines for the conduct of the persons in such Asramam. One should learn the guidelines for the particular Asramam he is in and follow them without fail. Living contrary to the guidelines of the particular Asramam is a big sin. Considering the length of the topic, the guidelines for each Asramam are not listed here.

Translator's note: Life of a man is mainly divided into four stages as shown in dharma sAsthram.
We have seen a bit about the Asrama system. While the Asrama is for the man, the woman's life simply follows the man's stages of life. Generally, woman is cared by the father until she gets married. After marriage, she is cared by her husband. Finally after the departure of the husband, woman is cared by her children. This is the vaidhIka system. Women are well cared for and they also play a very crucial role in the society and household. Usually they learn the wonderful principles easily from their parents and husband. They, in turn, start moulding the children at their early ages and prepare the children for the future. As a wife, they assist the husband in their kainkaryam. Whether it is thiruvArAdhanam or athithi sathkAram (taking care of guests), she is always participating in such kainkaryams with the husband. Naturally, being in a serene environment, they develop great intelligence and thorough understanding of sAsthram. It is said in dharma sAsthram, that whenever there is any doubt in our AchAram, anushtAnam, etc., one should enquire the elderly woman in the family and get it clarified - such was the importance and stature of women of vaidhIka families. kUrathAzhwAn's dharma pathni ANdAL, piLLai uRangA villi dhAsar's dharma pathni ponnAchiyAr, kongilAchAn's dharma pathni kongil pirAtti, etc., were few of the well known srIvaishNavis who were greatly glorified for their gyAnam, anushtAnam and kainkaryam. There were many of them. With this introduction let us now move on to the actual section.