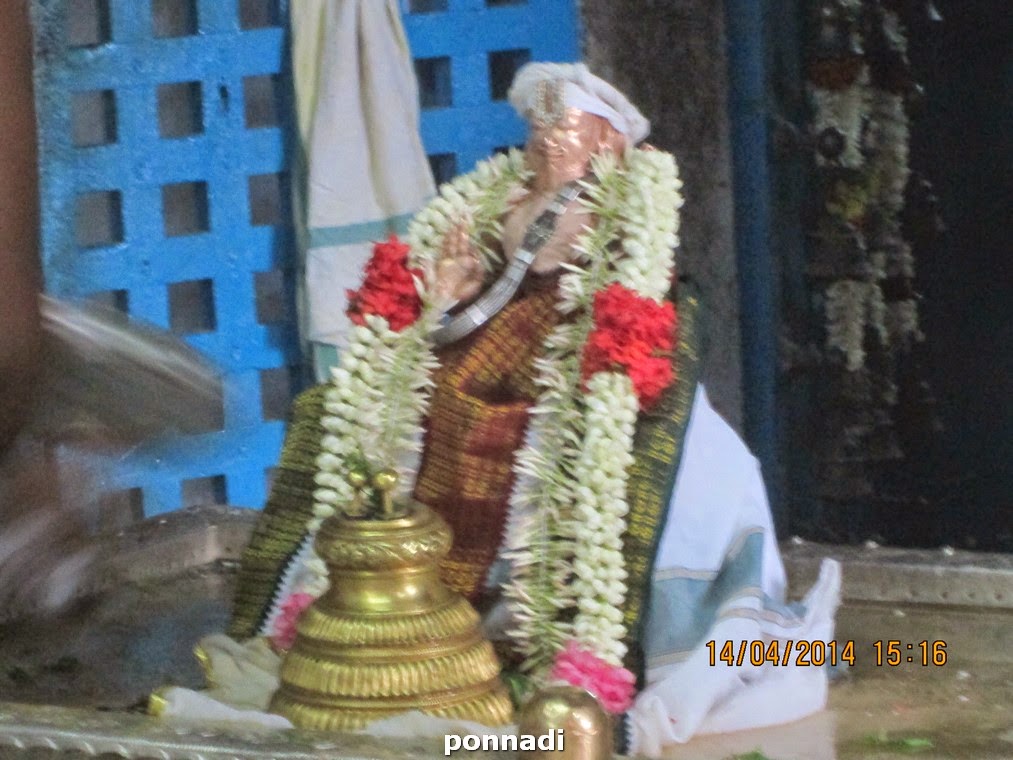 kUrathAzhwAn is greatly glorified for his compassion towards all

sakyam means friendship/acquaintance. Friendship means looking after each other's welfare. Not showing enemity is the first step in friendship. One should aspire to have both friendship and reverence towards sAthvikas (bhAgavathas - devotees of srIman nArAyaNan) and the ones who are filled with divine knowledge and also practically applying the wisdom in daily activities. One should understand that real friendship is something sacred. srI rAma's friendship with srI guha perumAL (guha) is to be understood as spiritual friendship. His friendship with sugrIva mahAraja is also like that. Translator's note: There are two types of friendship. One is on the bodily platform - we develop friendship with who ever treats our body nicely and whoever does favours to our body. For example, some one may help us stand up when we fall down and we may develop friendship with them. Or we may have a class-mate who study with us and we develop friendship with them. Then there is friendship at the spiritual platform - i.e., understanding that all oneself is a servitor of bhagavAn and bhAgavathas, and developing friendship with such bhAgavathas who are situated in same mind set. These bhAgavathas are called Athma-bandhus (those who are related to the soul). True bhAgavathas always engage in discussing bhagavath vishayam, sharing wonderful anubhavams of emperumAn/AzhwArs/AchAryas, etc. Friendship with such bhAgavathas should be relished since they will be the companions for us in this world until our last breath here. And friendship with materialistic people are to be given up since they will try to pull us along in to samsAram and engage in materialistic activities. With this introduction, let us move on to the actual section.

Posted by Sarathy Thothathri at Tuesday, July 01, 2014
Email ThisBlogThis!Share to TwitterShare to FacebookShare to Pinterest